Something I tried and found to be delicious … sautee some fresh mushrooms and white onions in butter until tender and add them to a can of prepared cream of mushroom soup which has milk as its base instead of water. Heat and eat.

Quick and delicious sausage gravy for biscuits — Take a can of cream of chicken soup and before you add any water or milk to it, add some crumbled-up pork sausage that has been cooked brown and stir well … then add two teaspoons flour and then add enough milk to make it the consistency that you desire, heat it up on a stove and serve over your biscuits.

When you are eating cream of mushroom soup or cream of chicken soup, use bite-size shredded wheat instead of crackers or croutons.

For really super mashed potatoes, add at least a whole stick of real country butter to every 4 potatoes. They will be yellow and … out of this world delicious.

File this one under “Over-Share.”

The world lost a great comic talent as Leslie Jourdan died in a car crash. I always loved to watch him and listen to him talk …he will be missed in this household.

I checked out this new configuration of my blog to see if it is indexing on Google and, of course, it is not … as yet. But it will be indexed in a couple of weeks if things follow their normal course. Right now I am blogging on a sub-domain called “https://limingslynkz.wordpress.com/&#8221; and the “.wordpress.com” part is the sub-domain. Before I made these changes to my blog, I had a private domain called “Limingslynxk.com” which cost $18 per year. Then I noticed that some blogs without a private domain are being indexed by google much the same as those who have private domains so I said to myself, “What the hell … I am going to save that $18 a year because it will be just as good in my pocket as it will in the pockets of wordpress.com. And, so here I am, blogging happily away again!

My friend, companion, and landlord, Jim, is out in the kitchen right now cooking up his famous beef/vegetable soup for lunch today, dinner this evening, and probably breakfast in the morning. I love that version of that soup and can never seem to get enough of it. Now when it comes to getting myself into the act of making soup, my favorite soup to make is chili con carne. When we had a chef, his thing was a savory beef stew made from prime-grade beef and vegetables straight from the farm and never out of a supermarket.

Speaking of cooking and eating, has anyone noticed the price of truffles recently? The most recent price for black truffles that I tracked was almost Eighteen dollars per ounce. That would make them Two-Hundred, Eighty-Eight dollars per pound according to my calculations and saffron is as much as 253 dollars per ounce but you can find some of the cheaper Spanish varieties for somewhere near 84 dollars per ounce.

My favorite beef, prime-grade New York Strip Steak is now retailing at $25 per pound which is not all that bad, in my opinion, so I have a freezer filled with them right now.

I have been feeling a lot older ever since I had the covid 19 shit and am now on the long road to recovery … if there is such a thing as recovery from it …My legs are stiffer than ever now and it is getting painful to walk for any kind of distance …I get a little breathless when I walk for any length of time now … that never happened before … and as far as I can tell, my heart is still in good shape … good enough to let me function anyway …but my mental state is getting a little bit lethargic … I can tell that I am not as motivated to get up and do things as I was before the covid attack … but I still thank God that I had a mild case. It could have been a lot worse. 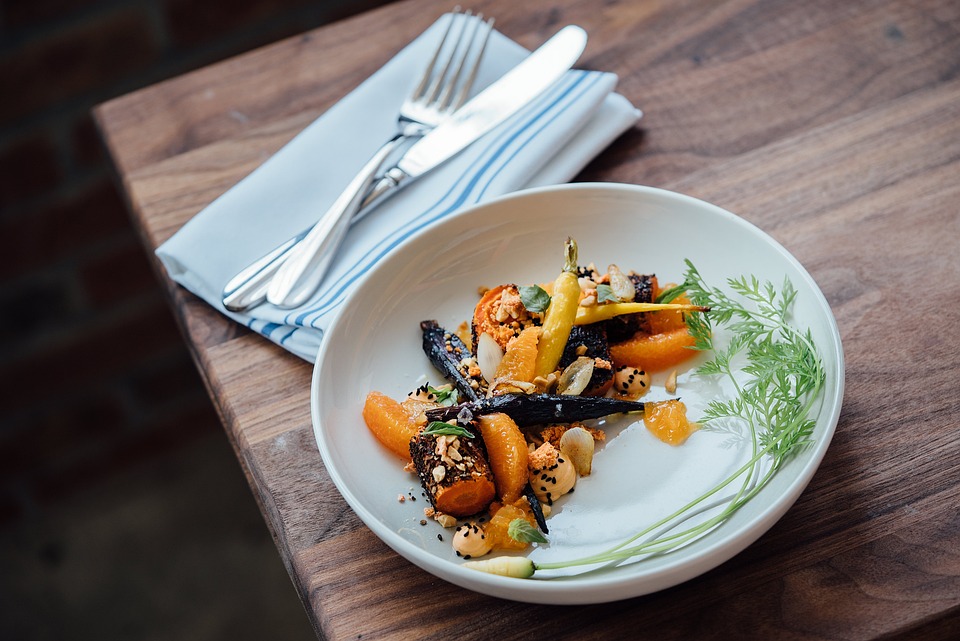 It’s easy and it adds a 5-star appeal to everything you use it in or on.

Use 1/8th teaspoon for each serving of the food that you are using it in.

Use it in addition to any other seasonings you may have used in the selected dish including salt, pepper, garlic and so forth and so on.

It is called BOUQUET GARNI and it adds a mysterious and warming undertone to the suggested dishes.

I had been eating a couple of cups of brown rice for breakfast and all of a sudden I am reading on the Internet and I discover that brown rice contains arsenic of all things — arsenic, a deadly poison — but apparently alright if consumed in small enough quantities.

Then I discovered that chicken is tainted with arsenic too.  So between the rice and chicken, I have a problem that could lead to heart disease and liver problems and all kinds of other ailments if I eat too much of them.

I had been over eating on the rice because I read that it helps to lose weight and I am overweight … all the damned time.

So now I am switching to oatmeal and eggs for breakfast.  God only knows what problems I will have with those two things.  I am sure there will be something.

I am getting to the point where I believe that anything we eat can kill us over a period of time.  The amount of additives and preservatives in our food are surely enough that we will not to have an undertaker embalm us when we are dead because by that time the food additives will have us all well pickled in the first place.

Did I mention that there is often lead in drinking water … and tap water probably contains trace amounts of every drug that everybody in our community takes each day ….so I must be well inoculated against almost every known medical condition by now.

And don’t even get me started talking about the disgusting things that can be found in restaurant food …READ MORE HERE.

I always examine everything I eat very carefully.  People always stare at me wondering what in the hell I am doing.  But I am not about to unwittingly bite down on another used bandage while eating a hamburger sandwich at some fast food restaurant.

I am counting my calories but inside I am dying to have some rich dessert.
Sometimes I think I might be dying because of calories in my desserts, but then I stop and remember that no matter who we are or what we eat, we are all dying a little bit every day as it is.

Nevertheless, dying for desserts’ calories is still far better than dying because of desserts.

But show me the person who can justly throw stones at the dessert addict having avoided them themselves.  In this regard, I say unto you that there is not one righteous ..no not one … all have eaten desserts with all their calories  at one time or another .. if they are alive that is.

Viewing the extra calories in desserts as dangerous to health is kind of like saying that if you breathe too much fresh air you are going to eventually die because of it. Imagine a death certificate indicating the cause of death as “Breathing.”

Some people think that there is no life worth the living without desserts. So in a manner of speaking, perhaps desserts can be considered one of the basic staffs of life itself.  That would be a good enough excuse to eat more of them, wouldn’t it?

I think this describes not only my urges and desires and addictions, but I believe that it addresses some of the more serious considerations of every other human being who draws breath too. Many people like me think that calories are good and lack of them is like living no life at all.

I love desserts, especially rich desserts, the more calories the better.  but I am not too fond of the idea of reaping the just deserts of gaining too much weight from my passion for desserts.

Desserts are best when they are loaded with fat and sugar and calories and are virtually useless when all the good stuff in them is either limited or eliminated entirely.

Desserts are supposed to be enticing and tempting and delicious, not disgusting!

Desserts are like people in that regard … People are supposed to be enticing, tempting and delicious too …not in the cannibalistic sense …but in the moral sense.

Bring on those delicious calories. 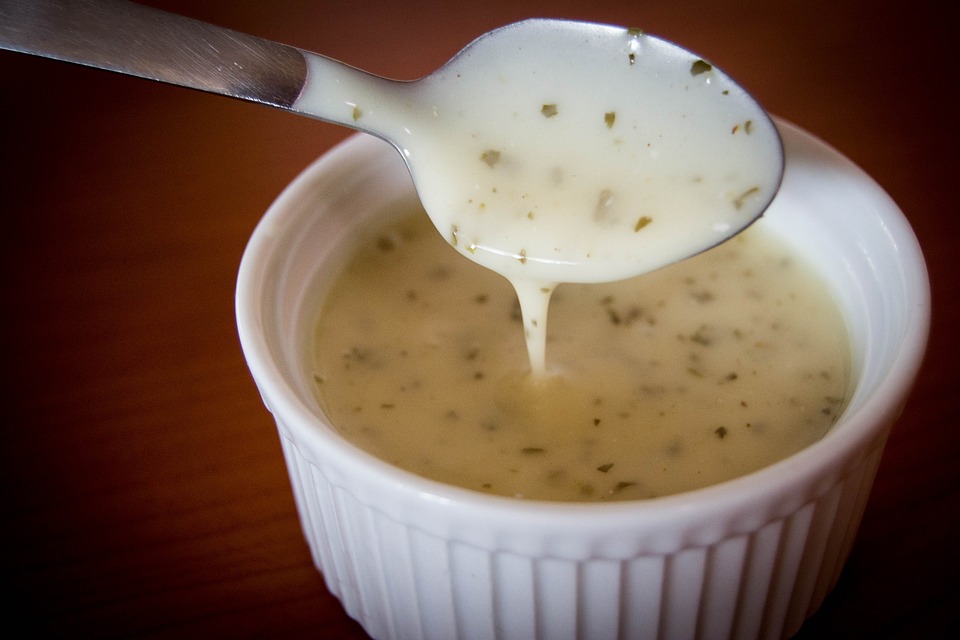 I love to eat potato chips after dipping them into chip dip.

Most of the chip dips that I have eaten are sour cream-based and come in various flavors.  Ranch flavor and French Onion are my favorites.

Recently I was experimenting and I discovered that dipping wavy plain potato chips into bottled Russian or Western style sweet salad dressings makes one heck of a good potato chip dip.

I also like dipping my chips into poppy seed dressing.

I don’t know how many other people are aware of this but I am sharing it because I think it is “Super Cool.”

Have you experimented with chip dips that are out of the ordinary?  If so, can you please share your favorites?

For better boiled eggs that are easier to peel just steam the eggs for 15 minutes instead of boiling them and then plunge them into ice cold water for another 15 minutes to shock the shells and make them easier to peel.

When the eggs are cool enough to handle, roll them on a hard surface, applying enough pressure to cause the shell to crumble and then, starting at the large part of the egg, gently begin peeling them.

If you have done everything right, the egg shells will virtually slip right off the eggs.